How Is Drug Testing Used In Trucking?

Drug testing in the trucking industry is something that every driver must submit to occasionally. New potential drivers can expect to provide a drug test screening before getting on the road. Older drivers with more experience still have to submit to drug tests on the request of their company. 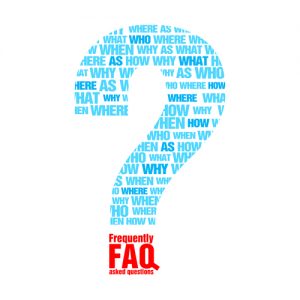 Even if you know you will pass because there is nothing illegal to hide, a drug test can be nervewracking. Knowing more about the driver’s drug screen can help you to feel more confident during a test.

How Does A Trucking Company Use Drug Testing?

Trucking companies may differ in the way that they administer a drug screening, but they are all required to give them by law.

When can you expect a drug test?

DOT post-accident drug testing is at the discretion of the company unless there is a citation issued to the driver, human fatality, or disabling damage to a vehicle. [Source]

How To Prepare For A Drug Test

Before going in for your scheduled drug testing, you should make sure to have copies of all of your medical prescriptions on hand. This can help you if something pops up during the results phase that looks suspicious as some medications can trigger false positives.

What happens if you refuse a drug test?

If you refuse to submit to a drug test, you must follow through with a process laid out by the Department of Transportation. This is the same process given to those that fail their drug screening.

How Does Legalized Marijuana Affect Drivers?

With a majority of America supporting legalized marijuana and states being allowed to decriminalize it, there has been an increase in safety procedures to keep drivers and others safe on the road.

Currently, marijuana has been legalized in 11 states and is allowed for medical purposes in 33 states. Even with these states legalizing and allowing the use of marijuana, it is still illegal under federal law.

What That Means For Truck Drivers

Other Forms of Drug Testing

The DOT requires drug tests to be done via a urine sample. That being said, companies can choose to add more drug testing as needed and in any form of their choosing. Besides the standard urine analysis, there are two other forms of drug testing commonly being conducted.

Hair testing for drugs is something that a lot of trucking companies do; one of the larger companies using it to date is JB Hunt. Your hair is snipped near the base and ran through laboratory testing to see if it tests positive for any drugs or substances.

Oral fluids are done with a cotton swab in the mouth and not nearly as invasive as some may think. Saliva can show drugs from 1 hour to 3 days after use.

What Kind Of Drug Substances Will The DOT Test A CDL Driver For?

The DOT drug tests require their labs to test for these 5 classifications of drugs:

Employers are allowed to add to the drug tests by searching for the use of other medications that they may have prohibited. This is apart of the employer’s independent authority, and the additional rules or policies that they have in place should be disclosed to the drivers upon employment.

What Happens If You Fail Your Drug Test?

When you are being tested for a DOT regulated job position such as truck driving, you are required to notify them of any failed drug tests in your past. Employers are also allowed to ask your previous employers for the results of drug and alcohol tests.

Failing a pre-employment drug test before becoming a full-fledged driver will cause you not to be hired for any safety-sensitive jobs such as driving. You must complete the training and education programs suggested by a substance abuse professional before returning to work.
Your employer may choose to let you go as well, causing you to seek employment elsewhere.

While failing a non-DOT drug test can cause repercussions in your current employment with your boss, there is good news. The results do not follow typically follow you to your next job.
The results of your drug test do not become public record unless they lead to a criminal conviction, or unless they cause probation or parole to be revoked as a result. This could cause your failed drug test to become a public record on your background check.

Failing a DOT drug test means that you now be removed from safety-related jobs until you have completed the return-to-duty process. This can be about 12 months long with 6 drug screenings and in some cases could be as long as 60 months.
A DOT substance abuse professional will evaluate your situation and decide the best course of action for education and the subsequent treatment.

Which Drug Test Failures Show Up On Your Record?

A failed DOT drug test will appear on your record for 3 years. This includes employed drivers as well as potential employees through the pre-employment DOT drug testing.

The exception to this rule is if you are fighting a false positive.

If this happens, a driver can fight it, and further investigation is required before any marks are made on the driver’s record. In most cases, labs will have separated a urine sample into two parts for precisely this reason. False positives can happen, and by them keeping a portion of your sample on hand, they can easily retest if you contest the results of the first round.

Labs will keep your sample on hand for up to 12 months, but if you want to fight the results, you should do so as soon as possible. The best way to combat false positive drug test is by providing labels of anything you are currently taking or recently ingested. By doing so, labs can run tests to see if any of them could have possibly caused the reaction.

Taking a drug test is something that every driver must submit to in order to continue driving, and while urine testing may not be fool-proof, knowing your rights and pushing for answers can help you to stay on the road and keep from getting on a first name basis with the substance abuse professionals.